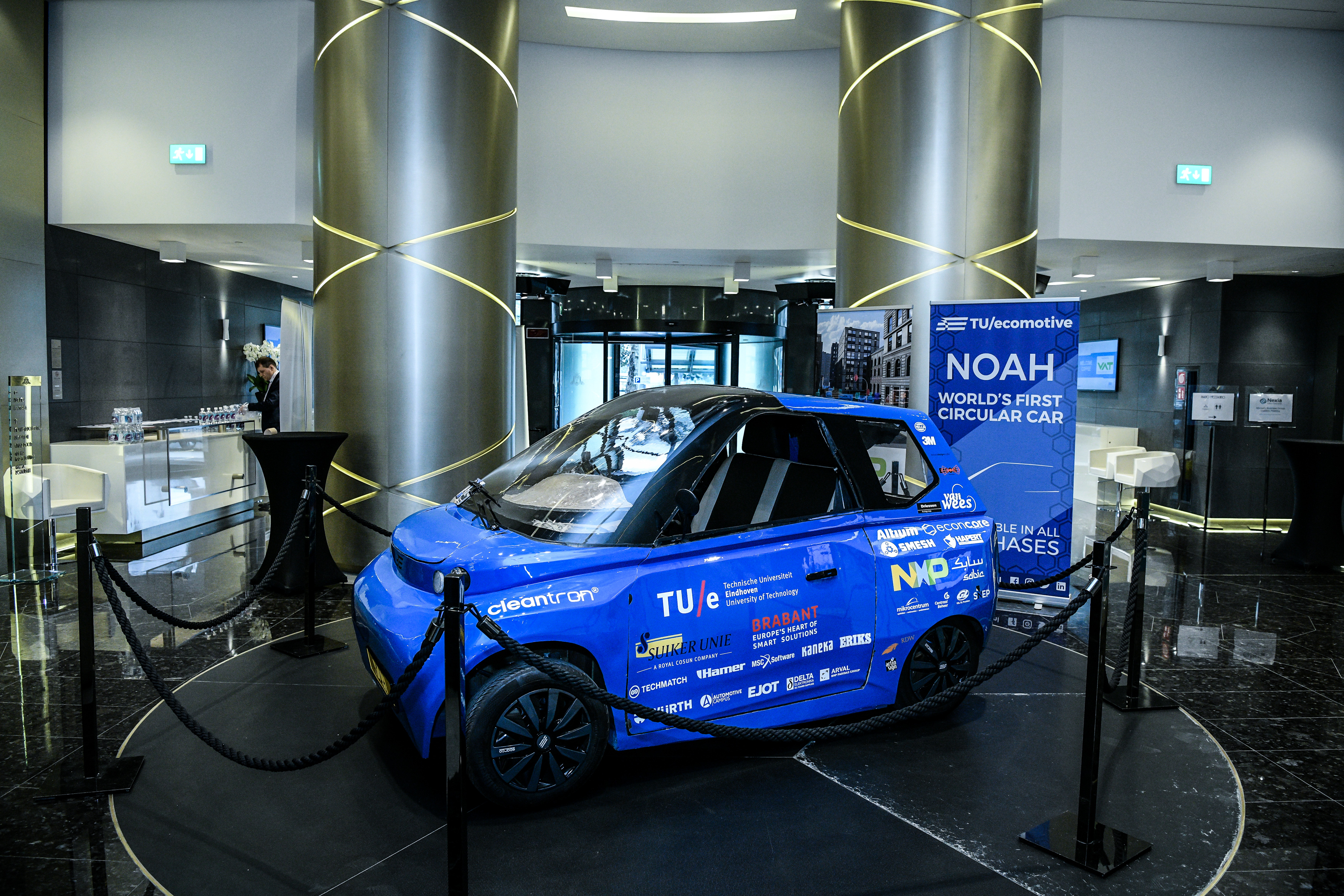 In the beginning of April, TU/ecomotive was present at SEMiEurope and at NXP in Milan. During these days, we gave a presentation and many people were able to meet Noah, like the counsul-general of Milan of the Netherlands.

With Noah and four team members of TU/ecomotive, the trip to Milan began. For three members, it would be their first event and for one it would be the last. The three new board members, Matthijs van Wijk, Christopher O’Brien and Lisa van Etten, could get the experience of how to present at such an event with Cas Verstappen as an example.

On the first of April, the day began with a presentation at NXP  for the members present. Cas Verstappen told the crowd about the problems of today, about Noah, world’s first circular car and what NXP has done for the car and TU/ecomotive. After the presentation, Sky tg24 interviewed TU/ecomotive and did a facebook livestream. They drove around in Noah just like many employees also went for a ride in Noah. Even the counsul-general, Johan Verboom, dared to step in the car to drive around.

In the afternoon, the team members went to the SEMIEurope conference and they stood by Noah to answer questions from the attendees of the conference.  Many people took a look at the car and were suprised about the possibilities with circularity. At the end of the day, Cas Verstappen gave a presentation to the attendees of the conference. Every attendee was very impressed by the amazing presentation and the president and CEO of SEMI, Ajit Manocha, told during dinner that it was the best presentation of the day. Everybody of the team was very proud of the accomplishments.

We hope with the given presentations and talks in Milan that we informed, interested and especially showed everyone what we think would be a step towards the car of the future.