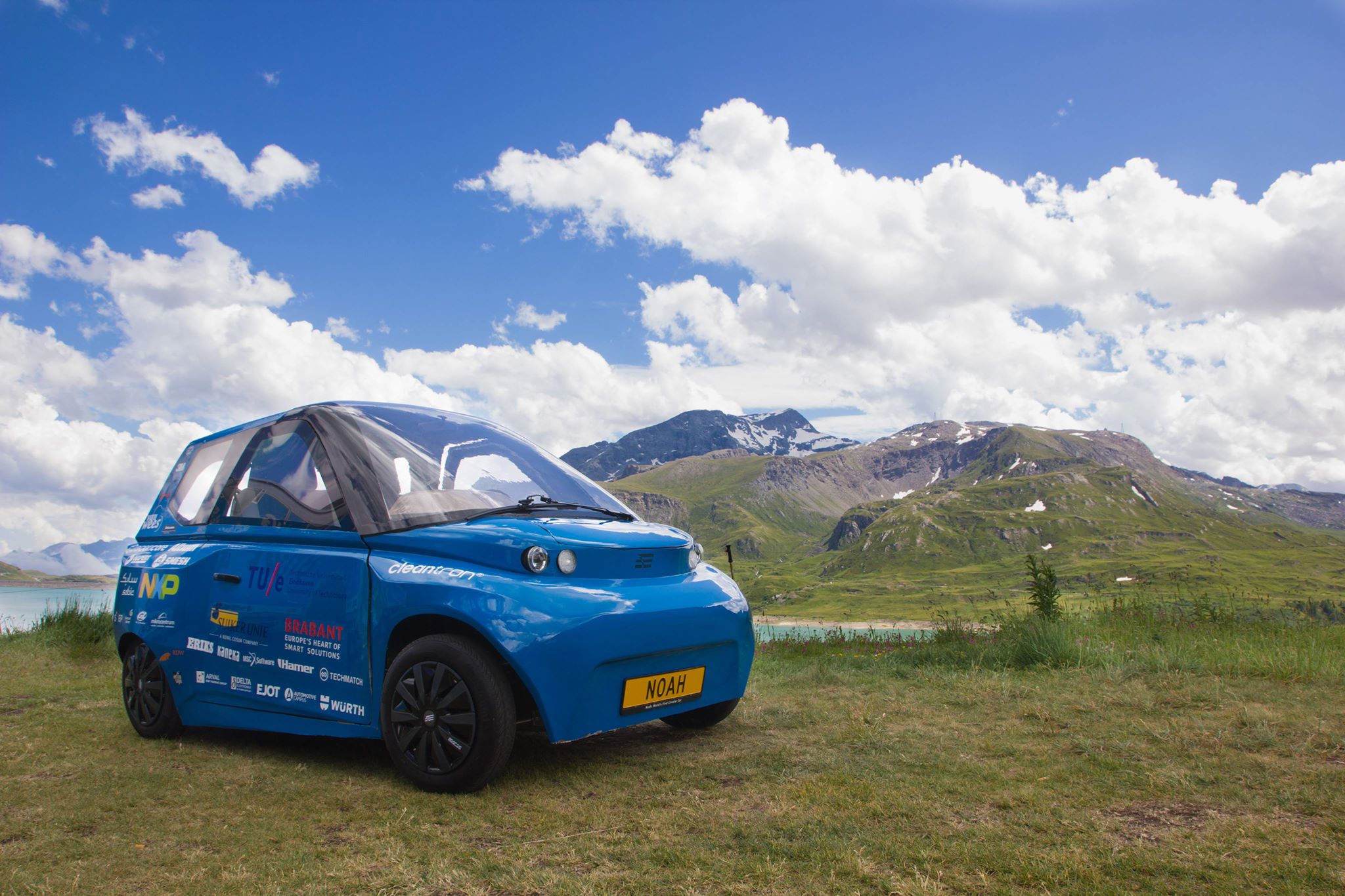 On Friday July 6th, at a sugar factory full of family, friends, and partners we unveiled Noah to the world! After months of hard work, we could finally show everyone what had been going on in our workshop at the back of the campus of the Eindhoven University of Technology. A car that is truly sustainable in all of its life phases!

The final few weeks before this unveil had been incredibly hectic at the TU/ecomotive headquarters. All of our engineers worked around the clock to get Noah ready for its big day at the Cosun Innovation Centre in Dinteloord, the Netherlands. Just one hour before the start of the unveil, engineers were still making sure the last details were perfect before the crowd would get its first glimpse of this car on stage.

Noah is “World’s first circular car” which effectively means it is sustainable in all of its life phases: production, use, and recycling. The car features a material we have been developing for over three years. This iteration of the biocomposite we use a combination of flax and sugar. This results in the material used in the chassis of the car is made from 97 percent renewable resources. This material takes up to 5 or 6 times less energy in production compared to carbon fiber, which drastically decreases its carbon footprint before it has even driven one meter. One of the benefits of this material is that it can be recycled easily to make new products or to use it as fertilizer to grow the next car.

Just like all our previous cars, Noah is fully electric with two electric engines powering the rear wheels. With Noah, we chose to implement a revolutionary gearbox, the Smeshgear. With this gear, we are able to switch between two different gears, virtually without losing any power doing so. This drastically improves the overall performance of the vehicle such as the acceleration and top speed. This optimized drivetrain allows Noah to drive as efficient as the electric equivalent of 1 liter of petrol for 300 kilometers!

The following weeks Noah can be seen throughout Europe as we are visiting multiple major cities this summer. Starting from Eindhoven on July 11 and visiting Brussels, Paris, Lyron, Turin, Milan, Munich, Berlin and Wolfsburg before returning to our headquarters on July 25th. During this trip we will showcase Noah on universities, embassies and multiple major car manufacturers.

Do you want more information on Noah? Check out our press package.